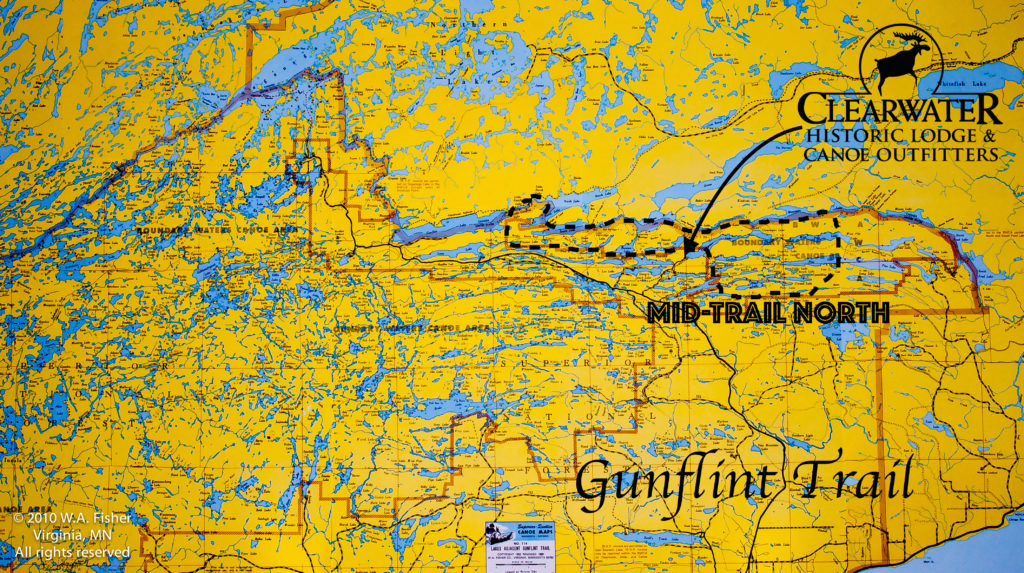 Things to consider:  Watch the wind, Very popular in the summer months,

The differences between the land and lakes north of the Gunflint Trail and the land and lakes south of the trail is so dramatic it feels like it was planned.  Nowhere else in the Boundary Waters can I think of two markedly different areas in such close proximity, though the fact that the area north and east of the Gunflint Trail known as the “Vento Unit” is so unique anything next to it would seem wildly different.  Considering our location and that we send most people out on these lakes it is going to be hard to describe it without bias and seeming like we are “pumping the tires” on the area, but seriously there are very few places in all of the Quetico-Superior region that compare to the stunningly unique lakes you will find in the easternmost section of the Boundary Waters. 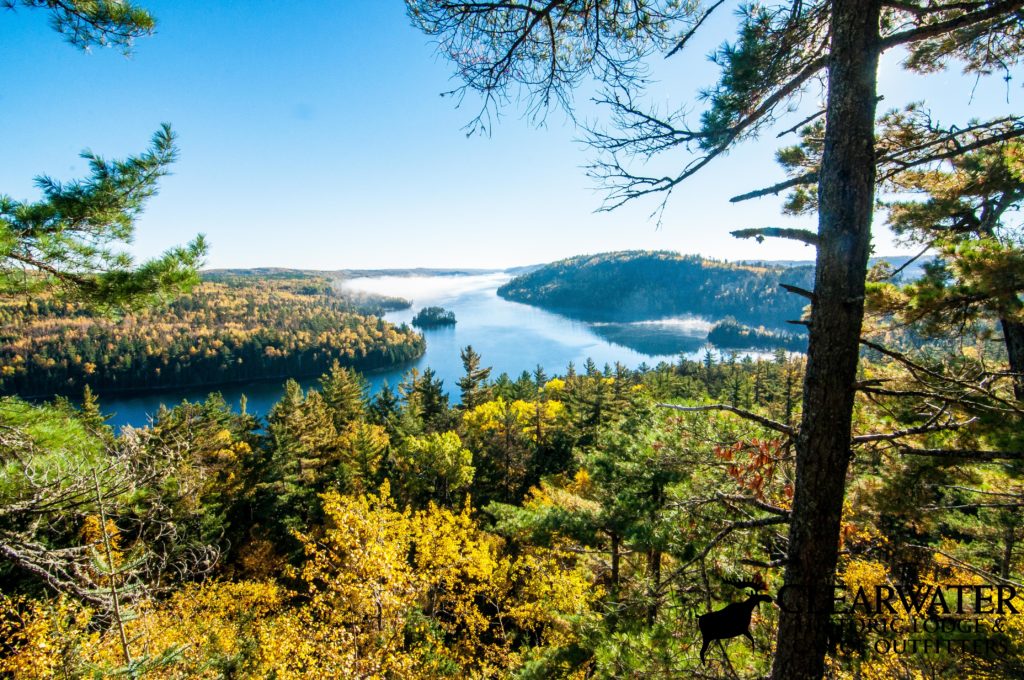 Referred to by some as the “Minnesota mountains” what makes this section of the park most special is the topography.  These long, east-west oriented lakes filled with crystal clear waters and surrounded by steep rolling hills and the occasional 300 foot cliff are a result of a unique geological formation known as the Logan intrusion.  The lakes and their uniform orientation will jump off any broad overview map of the arrowhead and beckon further exploration.  Along with the scenery there are a few other destinations within the wilderness that make it a little different than other areas; Rose Falls, Johnson Falls, and the Border Route Trail.  Both Rose Falls and Johnson Falls can be made into day trips, but being camped out overnight in the vicinity to either makes for a more leisurely afternoon of swimming and exploring.  At multiple portages in the area one can tie into the Border Route Trail and having the option to get out of the canoe and stretch the legs on a maintained hiking trail is one you don’t find in very many places in the BWCA.  Most of the Border Route Trail runs atop or along some of the higher ridges that separate the lakes and a number of vistas along the trail offer some of the best views in the state.  These clean deep lakes are some of the few in the state that naturally produce lake trout and in the spring when they are in shallow the fishing is top notch. 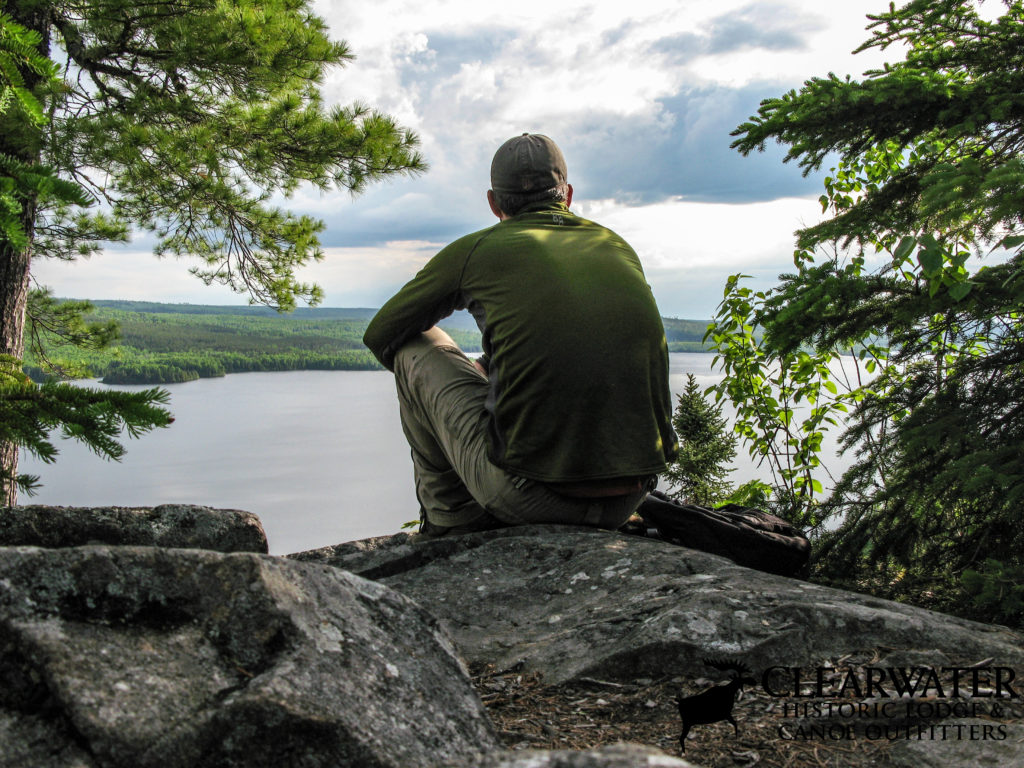 With its distinct topography, desirable destinations and easy access comes popularity and securing an overnight entry permit for the wilderness as early as possible is highly recommended.  There is a disparity between the number of permits and campsites available during the summer months so consider nabbing a campsite as early as possible.  Unfortunately during the peak season we regularly hear about people struggling to find an open site and either have to camp on a portage or cut a trip short, with Caribou and Alder being two notoriously overbooked lakes.  Consider either putting some miles behind you and getting up to Mountain or Moose lakes, or portaging into Crystal or Pierz which are two dead end lakes if you want the best chance at an open campsite.  Securing a campsite in advance at either Flour Lake or East Bearskin Lake campgrounds and taking day trips into the wilderness during July and August can be a nice alternative to having to worry about a spot being open in the waning light of the day.  With their uniform east-west orientation and lack of any real protection extra attention should be paid to wind forecasts in this area and extra caution should be heeded in the event the wind does pick up.  The wind typically blows out the west and it is wise to get on the water early in this area especially if you are heading in that direction. 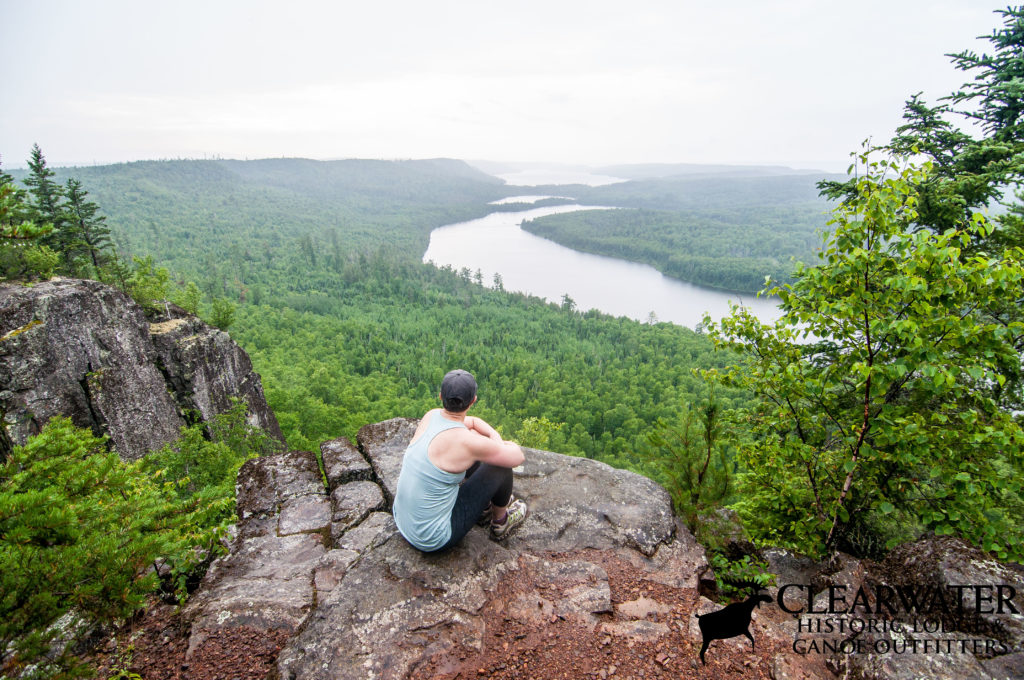 Erik and Adam test out their muck boots in a[...]

Erik and Adam are popping champagne in anticipation of wedding[...]

Tumblehome: A Boundary Waters Podcast Erik and Adam are counting[...]